The West’s Most Western Town: A Brief History of Scottsdale

Home > Blog > Community > The West’s Most Western Town: A Brief History of Scottsdale
Posted on August 20, 2018 by Laura Lucky 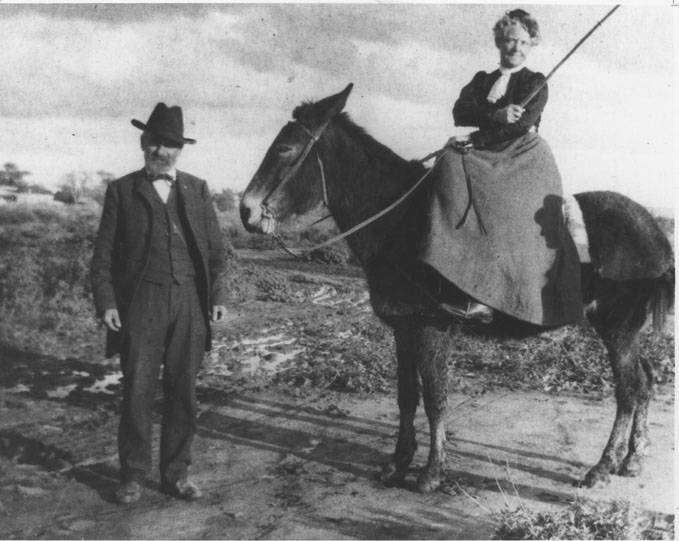 Winfield Scott and Helen Scott with their mule Old Maud

In 1888, U.S. Army Chaplain Winfield Scott visited the Salt River Valley, was impressed with its potential, and subsequently made a down payment on 640 acres to start a farming operation. Scott’s purchase, near the heart of present-day downtown Scottsdale, would be the impetus for the development of the city that bears his name.

Scottsdale’s favorable climate, irrigated desert location and beautiful scenery influenced its initial settlement. While agriculture was the main draw, many health seekers came to Scottsdale. Many of the community’s original settlers, recruited by Scott from the East and Midwest, were educated and had an appreciation for cultural activities. These early settlers established the Scottsdale public school system in 1896, supported a burgeoning artists and writers culture in the early 1900s, and promoted Scottsdale’s affiliation with the earliest area resorts, the Ingleside Inn (1909) and the Jokake Inn (1922). 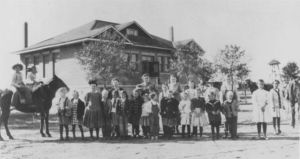 Scott’s original homestead lay adjacent to the new Arizona Canal, which tapped the Salt River, and the development of a reliable water supply was crucial to the early growth of the community and the entire Valley. The construction of the Granite Reef Dam in 1908 and the Roosevelt Dam in 1911 transformed the Salt River Valley and allowed Scottsdale to share in a population boom. Between 1908 and 1933 Scottsdale grew slowly but steadily as a small market town providing services for families involved in the agricultural industry.

In its early years, the area also saw the development of ranching operations that later inspired the “West’s Most Western Town” moniker. One of Scottsdale’s most prominent businessmen began investing in land north of the community in 1916, establishing a cattle ranch that eventually covered 44,000 acres. DC Ranch continued to operate – complete with cowboys and cattle drives – through the 1950s.

The Depression Era saw an influx of artists and architects to Scottsdale, including the renowned Frank Lloyd Wright. In 1937, Wright and his wife purchased 600 desert acres at the foot of the McDowell Mountains and built Taliesin West, his winter home and his architectural firm’s Southwestern headquarters.

Among the most consequential events during the years of World War II was the opening of Thunderbird II Airfield in 1942, where 5,500 pilot cadets received their primary flight training before the war’s end. Scottsdale also was the site of a German prisoner of war camp.

In 1947, the Scottsdale Chamber of Commerce was formed and Scottsdale leaders made a conscious effort to promote a special identity, linked to the Old West, as a reflection of the city’s roots and as a draw for tourists. The chamber established a Western design theme for the downtown and adopted the “West’s Most Western Town” as Scottsdale’s slogan.

In 1950, Motorola opened a plant near Scottsdale’s western border, signaling the beginning of an advanced technology industry that has continued to grow. In 1956 the company opened another plant within the city on McDowell Road.

On June 25, 1951, with a population of about 2,000 living within an area of less than a square mile, the town incorporated. Malcolm White was appointed its first mayor, and Scottsdale adopted “The West’s Most Western Town” as its official motto.

The town expanded rapidly during the 1950s, growing to a population of more than 10,000 within an area of about five square miles by 1960. During the 1950s, town residents began the annual Parada del Sol celebration, brought the Baltimore Orioles to town for the first spring training season and organized the first All Arabian Horse Show – activities that continue as major attractions and continue to define the character of modern-day Scottsdale.

By the end of the 1960s, Scottsdale’s population had increased six-fold to nearly 68,000 while its land area increased twelve-fold to 62 square miles. During this decade, the city rejected federal plans for a concrete-lined ditch to handle floodwaters and later began work on the Indian Bend Wash greenbelt, an innovative project that turned the wash into a series of parks, golf courses and open space that double as a floodwater during infrequent heavy rains.

The city saw a corresponding boom in its tourism industry, as new resorts appeared along the Scottsdale Road corridor and then farther north. Seasonal events attract thousands. The Waste Management Open, formerly the Phoenix Open, has set records as the most-attended golf tournament on the planet. Today, the city is a renowned destination and draws more than six million visitors annually.

Beginning in the early 1970s with McCormick Ranch, the city saw the development of a series of large-scale, master-planned communities within its borders. Others included Scottsdale Ranch, Gainey Ranch, McDowell Mountain Ranch, Desert Mountain and DC Ranch.

Residents’ concerns about growth prompted a movement in the 1980s to protect the slopes of the McDowell Mountains and, in the 1990s, to set aside the mountains and adjoining land in a huge preserve. Voters enacted a dedicated sales tax in 1995, and set the city on course to eventually acquire 36,000 acres, nearly one-third of Scottsdale’s land area, equal in size to the Bryce Canyon National Park.

The Scottsdale Airpark, surrounding the city’s airport, became a magnet for a variety of large and small businesses, ranging from light industry to luxury auto sales. The Airpark in the 2000s emerged as one of the top employment centers in the Phoenix metro area.

A flourishing gallery district grew up in the city’s downtown area, complemented in the 1990s and 2000s by an influx of restaurants, lounges and nightclubs. 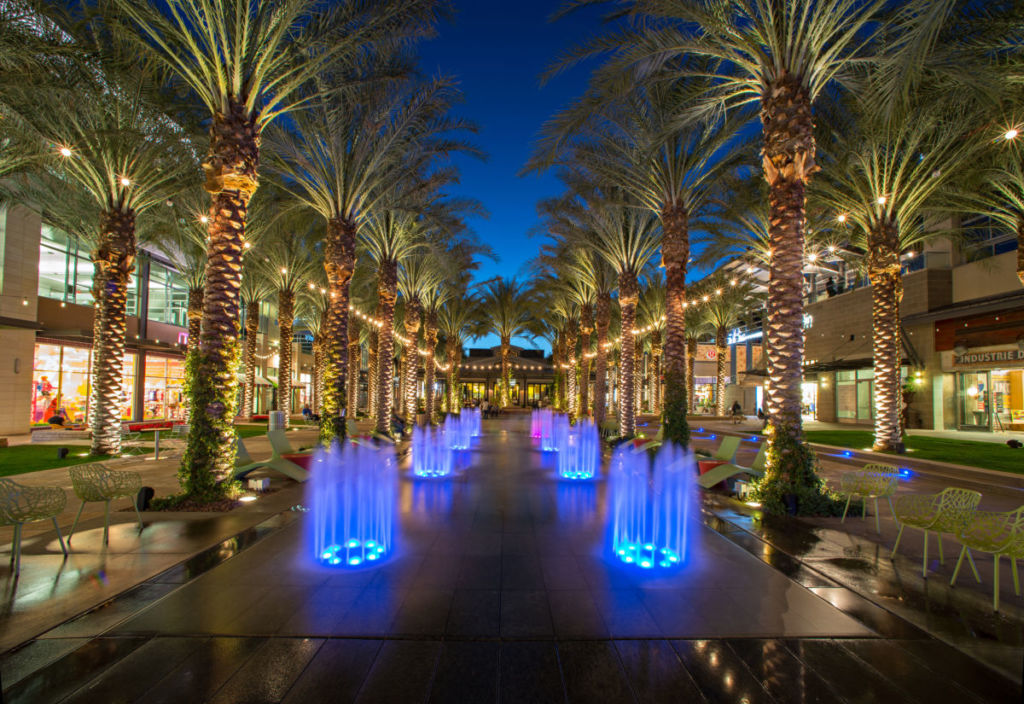 Scottsdale has become a study in contrasts, where residents and visitors can ride horseback through pristine Arizona desert in the morning and visit one of the country’s best contemporary art museums in the afternoon. It is now counted among the 100 largest cities in the nation, but retains its connection to its small-town, Western heritage.

Reprinted with permission from The City of Scottsdale.